Find A Doctor
Get Care Now
Our Hospitals
MaimoCare

A message from Kenneth Gibbs
Maimonides President and CEO 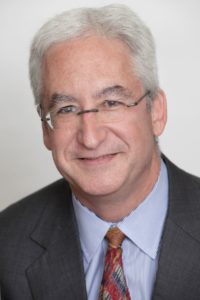 Greetings. And welcome to Maimonides Health, a healthcare system uniquely focused on improving Brooklynites’ health and well-being. Comprised of Maimonides Medical Center, Maimonides Midwood Community Hospital (formerly known as New York Community Hospital), Maimonides Children’s Hospital, and over 1,800 physician partners, we are proud to carry on a legacy of more than 110 years of service to the richly diverse communities that make up our borough.

With over 80 community-based locations, a wide range of outpatient services, virtual and remote care offerings, our own app, and innovative population health programs, we are working every day to deliver on the promise of helping Brooklynites lead healthier lives. And as we look to the future, we are poised to serve even more people across the borough with expanded sites and services.

On behalf of Maimonides Health, our board, leadership and 7000+ employees, we are grateful to the hundreds of thousands of Brooklynites who trust us with their care, and to our community partners, leaders and neighbors, whose collaboration and support give life and meaning to our foundational commitment to improve the health and well-being of those we serve in a borough we are proud to call home.

Learn More About Our CEO

Kenneth D. Gibbs has served as CEO of Maimonides Medical Center(MMC) since January 2016. In March of 2022 he also took on the role of President of Maimonides Health, the Brooklyn-based health system that includes both MMC and Maimonides Midwood Community Hospital (MMCH) as well as a broad network of ambulatory services.

Mr. Gibbs joined the Board of Trustees at Maimonides Medical Center in 2013 and was Chair from May 2014 through December 2015, during which time Maimonides formed an affiliation with Northwell Health.

During his tenure as President & CEO, MMC has continued to build upon its legacy of clinical excellence and innovation, achieving designation as an Advanced Comprehensive Stroke Center and establishing Brooklyn’s only Pediatric Trauma Center and Comprehensive Spine Center. For each of the last four years, Maimonides has ranked among the top 10 health systems nationwide for clinical performance according to comparative data published by the Centers for Medicare and Medicaid Services. The Maimonides Heart and Vascular Institute is consistently among the nation’s top performers and in 2020 ranked #1 in the nation for heart attack survival rates. Maimonides’ Jaffe Comprehensive Stroke Center is among the top 1% in the U.S. for patient survival rates.

As President & CEO Mr. Gibbs has overseen the development of several significant capital and strategic initiatives. In 2018 Maimonides formed a relationship with MMCH (then known as New York Community Hospital), leading up to an affiliation agreement through which MMCH became part of Maimonides in 2021. Also in 2020, Maimonides issued $140 million in bonds to finance a major modernization of the main campus including creation of Brooklyn’s first stand-alone pediatric emergency department.

Before leading Maimonides, Mr. Gibbs was President of the Municipal Securities Group of Jefferies, LLC for seven years. Prior to that, he was the CEO of DEPFA First Albany Securities, LLC and held several leadership positions at First Albany Capital, Inc. over the course of 14 years. He also held various investment banking positions at Lazard Freres, First Boston and Kidder Peabody.

Mr. Gibbs holds a B.A. from Harvard College. He is a native New Yorker and with his wife has raised four children.

Maimonides Health is Brooklyn’s largest healthcare system, serving over 250,000 patients each year through the system’s 3 hospitals, 1800 physicians and more than 80 community-based practices and outpatient centers. The system is anchored by Maimonides Medical Center, one of the nation’s largest independent teaching hospitals and home to centers of excellence in numerous specialties; Maimonides Midwood Community Hospital (formerly New York Community Hospital), a 130-bed adult medical-surgical hospital; and Maimonides Children’s Hospital, Brooklyn’s only children’s hospital and only pediatric trauma center.  Maimonides’ clinical programs rank among the best in the country for patient outcomes, including its Heart and Vascular Institute, Neurosciences Institute, Bone and Joint Center, and Cancer Center.  Maimonides is an affiliate of Northwell Health and a major clinical training site for SUNY Downstate College of Medicine.

Find a Doctor & Schedule an Appointment!